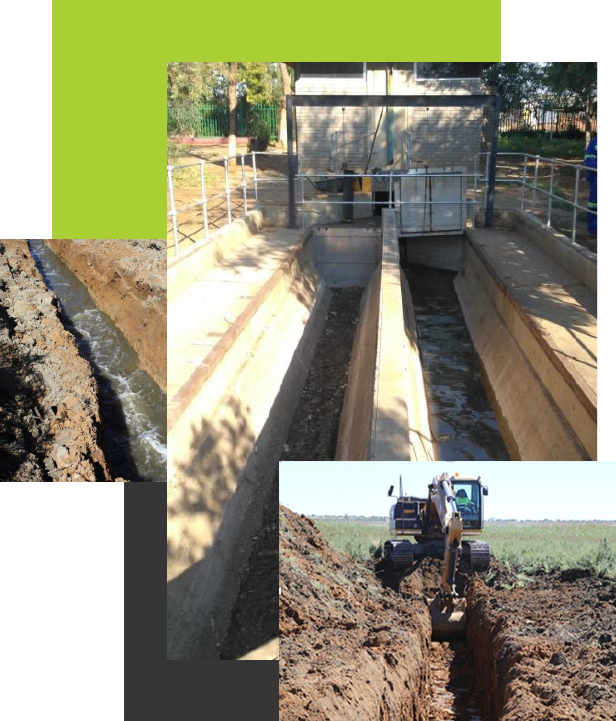 As a company, we believe in taking hands with the local municipal organisations in maintaining and upgrading critical service infrastructures to the benefit of the communities in our areas of operation.

We frequently work in cooperation with the Sol Plaatje Sanitation team to repair sewerage and water systems. One of these initiatives was the trenching of an emergency waterway to the Kamfers Dam Flamingo project. Due to reed overgrowth, effluent was not reaching Kamfers Dam to maintain the required levels to sustain the Flamingo population. Ekapa excavated a 560m trench from Homevale Waste Water Treatment Works (HWWTP) to the dam inflow to alleviate the situation.

In addition to this, Ekapa supported the Sol Plaatje Municipality in the repairing and recommissioning of the Gogga Pump Station. It was also brought to our attention that, due to continuous cable theft of the Gogga 11kV feeder, the pump station was inoperable. We proposed an overhead connection, thus eliminating theft opportunities. Our team, in consultation with and assistance from the Sol Plaatje Electrical Engineer, successfully constructed and commissioned a new 3-phase 11kV overhead line with duel line switch-over capabilities. We succeeded in restoring continuous electrical supply to the pump station.

The work completed enabled the average daily inflow to the Homevale Waste Water Treatment Works (WWTW) to be increased from 11,6ML to 27,6ML. The resultant increase of effluent water released from the Homevale WWTH improved the Kamfers Dam water level to an acceptable level to support and sustain the Flamingo population. 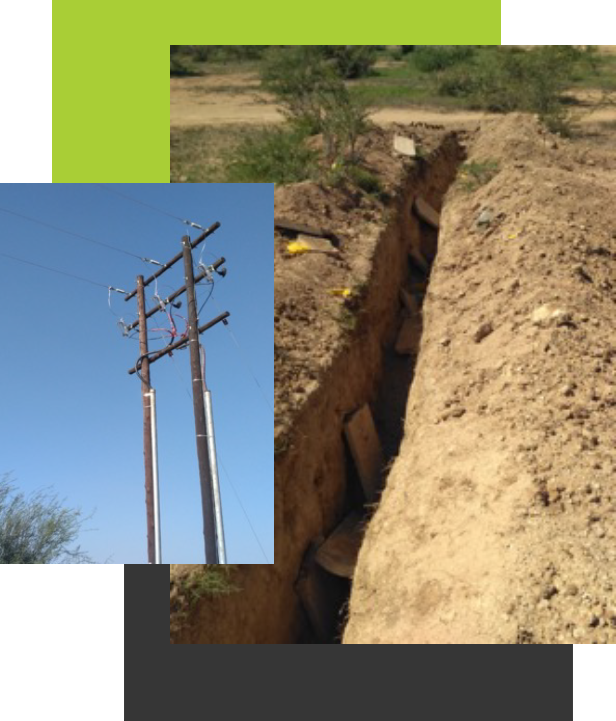 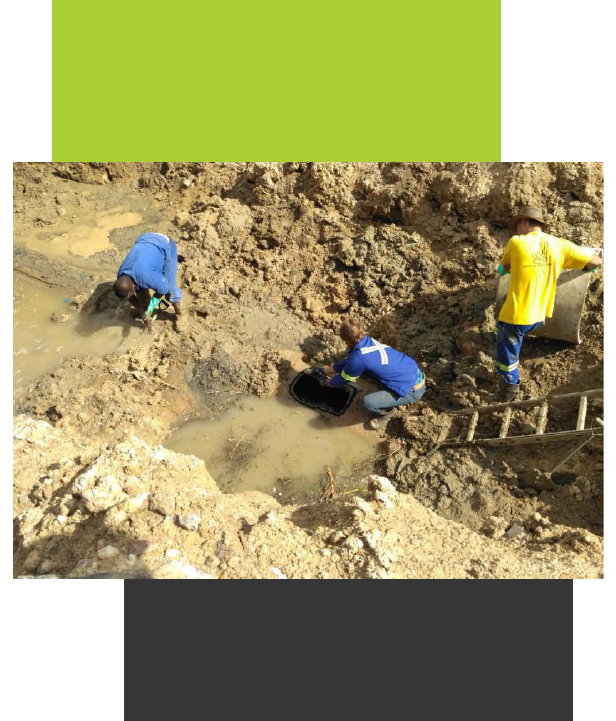 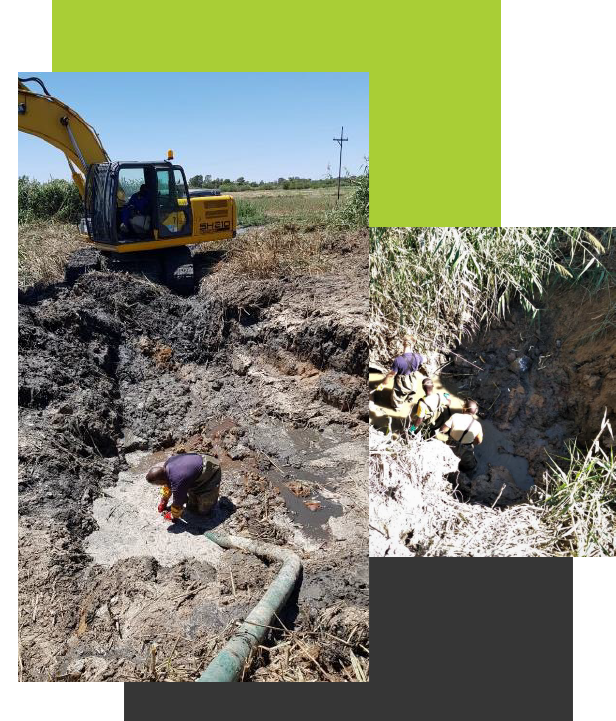 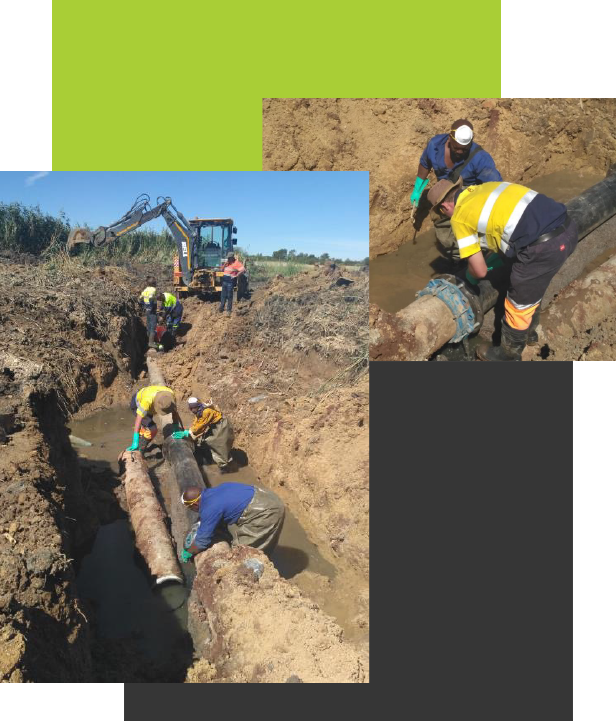 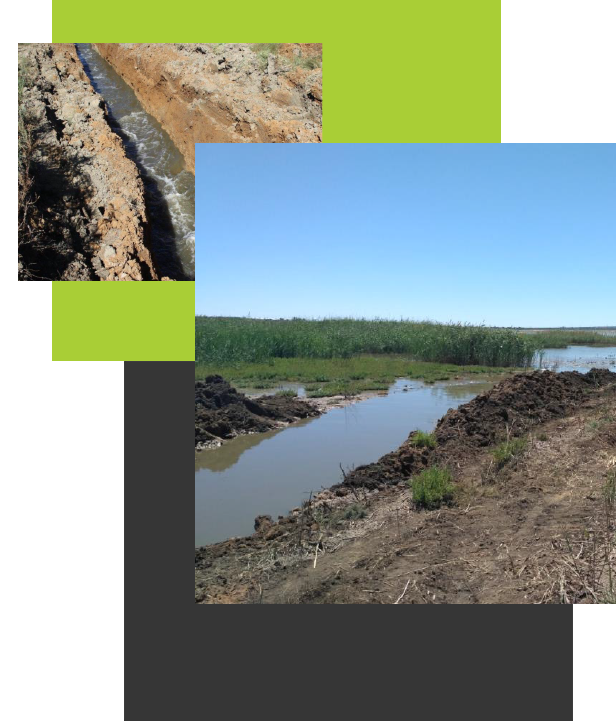 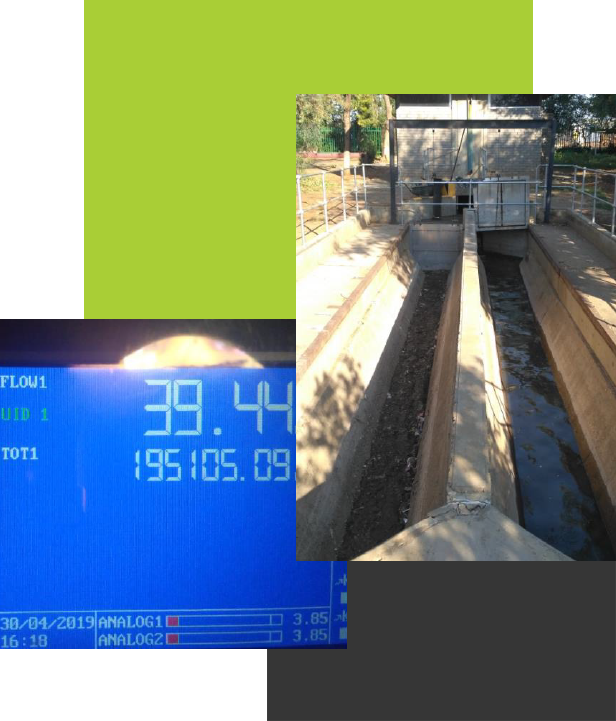